She also said she agreed with Modi to work on various bilateral issues. She added that they agreed to carry out cooperative efforts to maintain our economic growth and regional peace, security and stability. If Bangladesh and India can work together as partners, it will bring peace and prosperity not only to the two countries but also to the region.
On the other hand, Indian Prime Minister Narendra Modi said, “We have emphasized cooperation against terrorism and radicalism”, emphasizing the need to identify those who want to “harm our mutual trust”.
Security cooperation, investments, strengthening trade relations, the Rohingya issue, water resources management, border management, cooperation in the electricity and energy sector, sharing common river waters, the prevention of drug trafficking and human trafficking were discussed during the meeting of the two prime ministers.
Despite the late progress of extending the line of credit in 2018, different types of equipment are being considered at different stages. According to media reports, Bangladesh’s capital, Dhaka, recently shared a wish list of military platforms and systems that its armed forces would like to buy from India, marking some progress in the delayed implementation of the line of defense. Defense Credit (LoC) of $500 million granted by India. in Bangladesh. This contains a wide variety of tools, such as a tanker for the Bangladesh Navy, a logistics ship and a floating dock.
India sees the signing of the first contract between Bangladesh and India under the $500 Line of Credit (LoC) as an “important first step” in enhancing bilateral defense cooperation.
“This week, I believe the first contract under the Defense Line of Credit was signed. You no doubt paid close attention to it. Despite its small size, it was an essential first step,” said said Vinay Kwatra, India’s foreign secretary, in New Delhi.
According to its “Forces Goal 2030”, Bangladesh is modernizing its army by introducing new weapons and improving infrastructure. Much of these needs can be met by India, which will also enhance defense cooperation between the two countries.
China has sold weapons to Bangladesh, including two traditional diesel electric submarines. China has become one of the world’s leading arms suppliers, especially to countries in India’s immediate neighborhood.
India has recently significantly increased its military support for capacity building and capacity development to countries in the Indian Ocean region in an effort to counter this. The “intensification” of bilateral defense relations was welcomed by Sheikh Hasina and Modi.
According to the joint statement released following the bilateral talks between the two leaders, they agreed on the early completion of the projects under the Defense Line of Credit, which would benefit both nations. . India looked forward to the strengthening of bilateral defense ties and welcomed the completion of the “early purchase plans” of vehicles for the Bangladesh Armed Forces, it said.
Both sides stressed the importance of cooperating closely to implement India’s $500 million line of credit for defense items during the 4th Annual Defense Dialogue between Bangladesh and India which was held in New Delhi in August.

During the meeting, representatives of Bangladesh and India reaffirmed their commitment to improving interactions between their armed forces and discussed the development of bilateral defense cooperation programs.
For in-depth conversations, various facets of defense and capability building industrial cooperation were brought up. The two nations have discussed the possibility of working together on joint production, co-development and trade in the defense sector. The Indian side reiterated its demand that the provision by the 2019 MoU of a Coastal Radar System for enhanced maritime security be implemented as soon as possible.
The relationship between Bangladesh and India is old. It is hoped that this relationship will grow closer in the future. But it is also true, even if the two countries have good relations, some problems are not solved. These include the Teesta water sharing agreement, border management and the trade deficit. 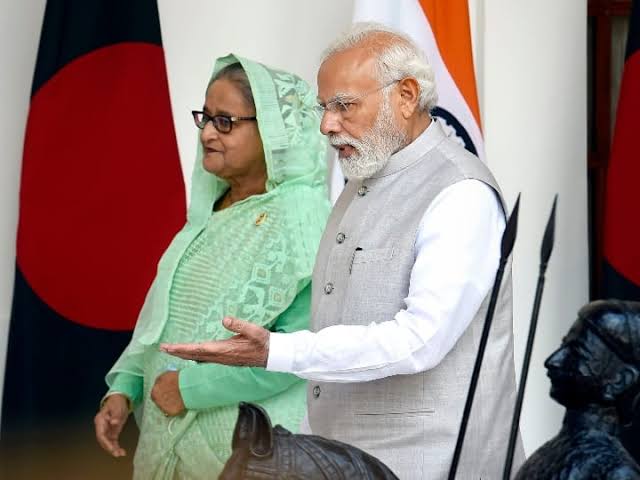 Regarding the Teesta water supply agreement, Sheikh Hasina expressed his optimism and said that the agreement will be signed very soon. Previously, India and Bangladesh finalized the Teesta Water Sharing Agreement in 2010 and it was expected to be signed in 2011. But it could not be signed due to opposition from the Chief Minister of West Bengal Mamata Banarjee.
It can be mentioned that all the formalities of signing an agreement on Teesta have been completed but it was not implemented at the last moment. Indian authorities should consider resolving the matter soon.
Bangladesh also felt that the Indian government should be sincere in stopping the border killings. Reducing the trade deficit between the two countries was also of particular importance during the talks.
Trade and cooperation between the two neighbors has grown due to their special friendship relationship, promising benefits for both nations. To further advance their relationship, Bangladesh and India have signed seven agreements. These agreements covered important topics such as the abstraction of water from a shared river, assistance in the development of railways, the training of judicial officers in Bangladesh, scientific and technological cooperation and cooperation in broadcasting. . These agreements suggest a strengthening of the ties that unite the two nations.
Compared to 2010, India’s loan aid to Bangladesh has increased tenfold. About 25% of India’s total foreign aid goes to Bangladesh. Meanwhile, the country has handed over a billion dollars to Bangladesh, that too at less than one percent interest, a generosity that no other friendly country has shown to Bangladesh.
India’s provision of duty-free transit facilities in Bangladesh for exports to Nepal and Bhutan is seen as a milestone in bilateral cooperation. Moreover, since India can use the seaport of Chittagong, not only the Seven Sisters of India will benefit, but Dhaka will also benefit. Because, for this reason, the South Delhi bloc expects Bangladesh’s exports to North East India to increase significantly.
The visit also made it clear where India wants to take its relations with Bangladesh in the coming days. Modi announced the signing of the Comprehensive Economic Partnership Agreement, or CEPA for short, with Bangladesh. As a result, products from both countries will enjoy duty-free access.
The trade volume between the two countries is expected to grow from the current $1.4 billion to $15 billion over the next ten years. India has also been invited to implement CEPA with Japan and China. But he chose Bangladesh.
—
*Researcher at Gauhati University, Assam